Seri Khotbah "Answering the Call of the Missional God" 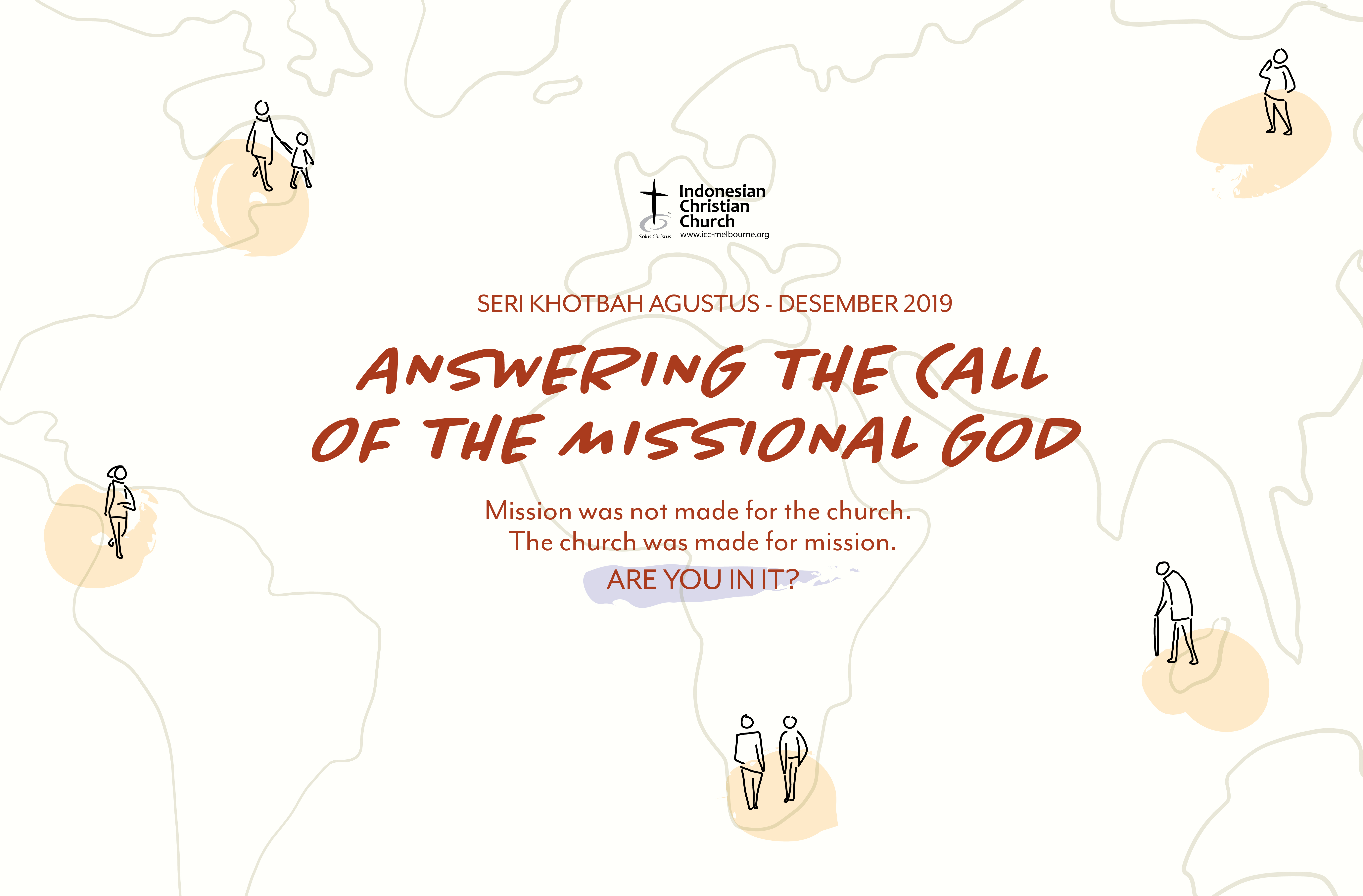 Our God is on a mission. From eternity past, before and beyond time and space, this holy and majestic Being has only one ultimate goal: to glorify His name. That sounds selfish for mere humans like us. But if you were the fountain of infinite goodness, kindness, purity and possessed absolute power, knowledge, presence—you’d do no less than to make your unsurpassed beauty known throughout the whole creation. Since God made and has authority over all His creation, everything must serve this ultimate goal as well. From the most powerful angelic being to the minutest element of nature, from the most complicated world histories to the simplest gesture of an unborn child, all things were created to exalt this one epic story: glory be to the Father and to the Son and to the Holy Spirit. World without end. Amen!

However, we too are on a mission. From the day we are born, we are naturally driven for one ultimate goal: to glorify ourselves. It’s all about the unholy me, myself and I. By default, we all think that we are the producers, directors, main actors and audience of our own life’s story titled ‘All About Me’. If we are honest, at best we invoke God as a supporting role who only pops up occasionally.

Thankfully, the story doesn’t end there. God’s mission includes Him entering our world and lives in the person of Jesus. Jesus shows what it means to be truly human. His whole life story perfectly embodies what it means to live according to God’s ultimate goal. From His exalted throne in eternity to His birth in an animal feeding through, from His cruel death on the Roman cross to His rising from the dead on the third day, from His ascension to heaven and His eventual return to judge and rule, Jesus’ life weaves the story of displaying the glory of the Holy Trinity.

As His people, taken from many languages, cultures and continents, we are called on a mission. From the day we are born again, God’s Spirit has implanted in our hearts as seed to participate in God’s epic story. No longer living for our own self-exalting stories, we are on a journey to take part in God’s grand narrative today and in the world to come. It doesn’t matter whether we are as renown as Moses or as obscure as Jael, whether we bear the title of an apostle or who simply prepares the tables, we have been weaved into God’s ultimate goal. It is His delight, to glorify His name through the lives of His people.

“I do not believe that we can speak effectively of the Gospel as a word addressed to our culture unless we recover a sense of the Scriptures as a canonical whole, as the story which provides the true context for our understanding of the meaning of our lives – both personal and public.” (Leslie Newbigin)