I don't know about you, but I find praying difficult. My difficulty is often a compound of distractions, feeling of guilt, laziness, more important things to do, books to read, and so on. I wonder if you feel the same way with your prayer life? 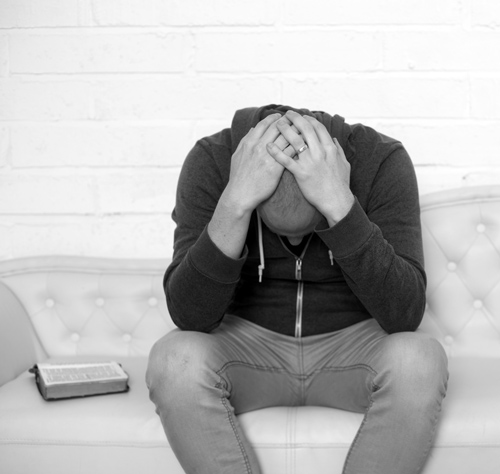 The reality is, prayer is hard work. That is, if you truly pray. If your mind is fully engaged with God's truth and wholeheartedly desiring to submit your will. If you're personally there, and not just saying the same old things about the same old things. Prayer then becomes a truly personal encounter with the living God.

However, for most of us, even long time believers, prayer tends to become a rut. Something that we just do out of habit, if not out of force. And when we read a passage like this in the Bible, "And this is the confidence that we have toward Him, that if we ask anything according to His will He hears us" (verse 14), we feel like reading an experience that is almost entirely foreign to us.

Although when we think about it, it shouldn't be foreign to us. The apostle John is not writing to a group of super Christians. Nor is he writing merely to church leaders or ministers. In fact, many times in this short letter, he addresses them as ‘children’. These are regular, ordinary, day to day Christians just like you and I.

His chief purpose of writing this letter is to give solid certainty of our saving relationship with God in Jesus Christ. John basically does this by a two-pronged litmus test: whether we put our trust in Jesus as our Lord and Saviour, and whether His transforming work produces real effects in our lives. This is basically eternal life viewed from the vantage point of the present day. It is essentially a living relationship with God the Father through His Son Jesus Christ. Now why does it matter?

It matters because we are all hungry for a deep, loving and lasting relationship. Even with all our technology advancements, social media, smart phones, TV shows on demand, internet, we have to admit that our world is actually lonelier than ever. Some of you may remember the late Madeline Murray O'Hair. She was an American writer who was every opposed to having religion to participate in America's public life. Here are a couple of her more memorable words:

"No god ever gave any man anything, nor ever answered any prayer at any time - nor ever will"

She was famous for filing a lawsuit that basically ended the practice of having daily prayer in American public schools.

What is less known that after her passing, her dairies were auctioned off. Those who read her dairies find that she wrote at least three times in her journal, "Will somebody somewhere please love me?" There was a void in O'Hair's loneliness that only God could fulfil. That is the same void some of us today might be able relate, do we not?

This personal relationship is exactly what Jesus came to bring. In fact, this is at the heart of the Gospel. It is God reuniting us with Himself, but at a very dear cost: the sacrifice of His own beloved Son.

Now think of it for a moment: in heaven there's no greater VIP than the Son of God. He is one with God the Father, forever glorified and praised. He made the universe, things seen and unseen. But at the cross, Jesus became the greatest Sufferer that the whole history has ever known. He was abandoned by God - His cry went much deeper than that of O'Hair's. He was actually abandoned by God when He cried, "My God, my God why have You forsaken Me?"

But why did He do that? Friends - so that you and I who put our faith in Him - can have that privilege, that access, that confidence, that when we pray He hears us.

I think one of the main reasons why we find our praying hard, is not so much because we lack the words to say. It is because we don't think much of who God is, what He has given us in Christ and who we are in Him. Perhaps our mind is filled with excessive entertainment, bodily ailments, anxiety, bitterness or other things. Have we paused and think about God? Have we taken the time to meditate His Word to such a point that His name becomes precious to us? Have we intentionally spent moments to think of the Gospel so that the cross of Christ becomes so dear to us?

Because of Jesus we can say "Yes, there's Somebody in heaven who has and continues to love me." And isn't that a wonderful truth for us to pray for?

Originally published at the Scot's Church "the Leaflet" February 2016

More in Our Blog

Are You a Crazy Rich Christian?

Are You on God's Side?